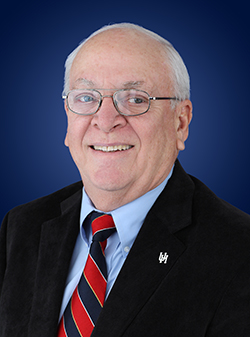 Mick Lay, Chairman – Mr. Lay was employed by Stewart & Stevenson for over forty-two years. When he retired, he held the position of government sales, parts, and service. Mr. Lay has been a member of Space City Credit Union since 1972 and a director since 1975. Mr. Lay holds a BA in Management from the University of Houston. 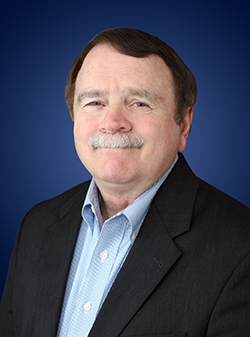 Stephen A. Hines, Vice Chairman – Mr. Hines had been employed with Stewart & Stevenson for over twenty years and was the Vice President of Human Resources. Currently, Mr. Hines is the Director of Human Resources for Calpine Corporation in Houston, Texas. Mr. Hines first joined Space City CU as a member in 1983 and was elected to the board of directors in 1984 where he now serves as Vice Chairman. Mr. Hines holds a BA from the University of Texas and an MBA from Texas A&I University, Kingsville. 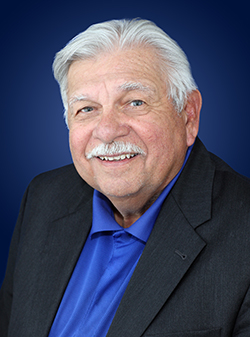 Jerry Garcia, Treasurer– After 35 years of service Mr. Garcia recently retired from Stewart & Stevenson. Most recently he was the Production Manager of Marketing Services. Mr. Garcia has been a member of Space City Credit Union for 40 years and has faithfully served on the Space City Credit Union Board of Directors since 1979 where he currently holds the position of Treasurer. 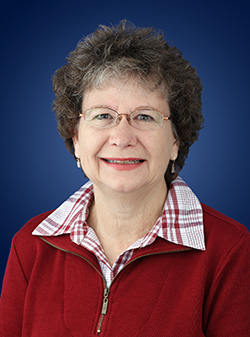 Judy Langford, Secretary – Mrs. Langford was employed by Stewart & Stevenson for 26 years until the Turbine Division of S&S was acquired by General Electric where she has been employed for 13 years. She currently holds the position of Production Planner for the manufacturing portion of gas turbine packaging. Mrs. Langford has been a member of the Space City Credit Union since 1973 and a director for 25 years and serves as Secretary for the Board of Directors. 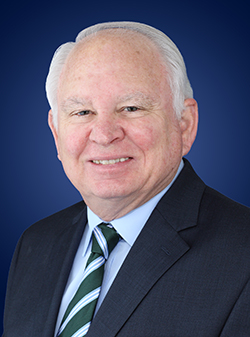 John L. (Jack) Patton, Assistant Secretary – Mr. Patton retired from General Electric after 18 years with GE / Stewart & Stevenson Gas Turbine Division in 2008. He held various positions, including Director of Engineering and General Manager – Packaged Products. Mr. Patton has been a member of Space City Credit Union since 1992, on the Audit Committee since 2008, and was appointed to the Board of Directors as Assistant Secretary in 2011. He holds a BS in Engineering from the University of the Pacific and MS in Engineering from the University of Arizona. Mr. Patton has also been involved in several Condominium Boards, currently serving as President of a Condominium Association in Colorado. He is also currently a deacon at his church. Mr. Patton also stays active with golf, snow skiing and biking/walking. 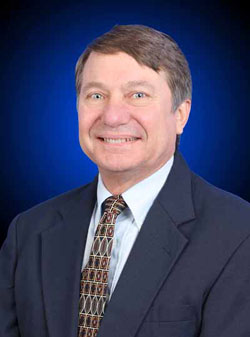 Mark Heitker, Director – Mr. Heitker joined the Space City CU Board of Directors in July 2012 following the merger with Independence Parkway Federal CU. He was a member of the IP FCU Board of Directors for 6 years serving as both treasurer and vice chairman. He is currently a senior Technical Service Advisor based at the INEOS Olefins & Polymers Technical Center in LaPorte, having first joined our credit union and Soltex Polymers (the predecessor to Ineos) in 1980. Mark also serves on the Board of Directors of the Society of Plastics Engineers Blow Molding Division where he is the scholarship chairman. He holds a BS in Engineering from Texas A&M University. 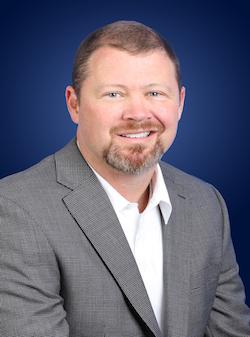 Matt Hayslip, Director –joined Space City Credit Union in 2000. He was appointed to the Audit Committee in 2008, and appointed to the Board of Directors in May of 2021. He obtained a Bachelor of Science in Industrial Distribution from Texas A&M.  His career has been spent in network design and data storage solutions.  He enjoys volunteering for the City of Houston Parking Enforcement Program and Child Advocates of Fort Bend County. 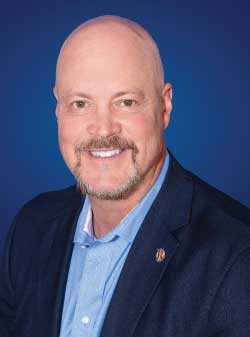 Craig Rohden, President/CEO - Mr. Rohden joined the credit union industry in 1989. In 1994, he was hired by Space City Credit Union to serve as the President/CEO. Since then the credit union has seen significant growth. He was appointed to the Space City Board of Directors in 2001. Additionally, Mr. Rohden is active in the credit union community and has held positions on the Board of Directions of the Credit Union Manager’s Association and the Houston Chapter of Credit Unions. He also served on the board of the East End District from 2013 – 2019 holding positions of Treasurer and Vice-Chairman.  Mr. Rohden is active in the East End Chamber of Commerce and is a Senior Fellow of the American Leadership Forum Class XXXVIII. Mr. Rohden attended Texas State University and Le Tourneau University and holds a Bachelor of Business Management Degree. 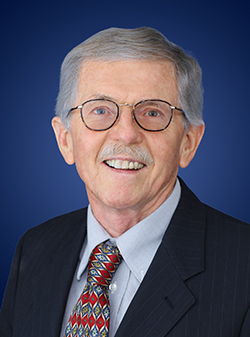 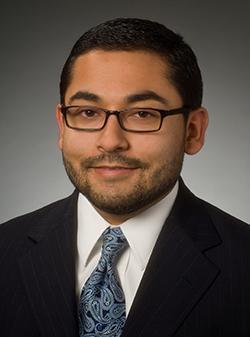 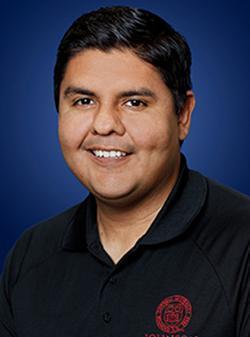 Rod Tejeda joined the Space City CU Audit Committee in January of 2017. He obtained both Bachelor’s and Master’s degrees in Accounting from University of Houston, and also earned a Master’s in Business Administration from the Johnson Graduate School of Management at Cornell University in 2013. 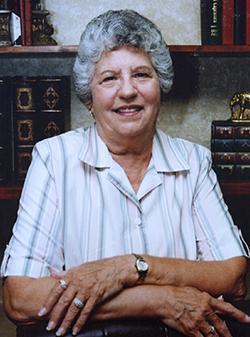 Verna Wolf was born in Wimberley, TX on March 5, 1926. She graduated from Bastrop High School. She married James August Wolf on December 7, 1946 and they were married 51 years. Verna worked as the credit manager for Stewart & Stevenson for 40 years. She and James resided in Jacinto City for many years and were actively involved in the community and Our Lady of Fatima Catholic Church. She enjoyed reading the newspaper, doing crosswords, doting on her many grandchildren, and watching the Astros. 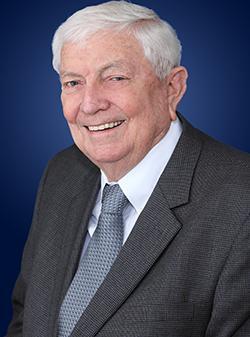 Buddy Charles Holcombe passed away on May 4, 2018.

After serving his country as a reservist for seven years in the US Marine Corp, Buddy spent the remainder of his professional career with Stewart & Stevenson, working his way up to Marketing Director and eventually retiring after 43 years. Buddy was very active in his community, he had been a Master Mason since 1969, served as Vice President of the Lake Conroe Fire Department for 16 years, was on the Staff Parish Relations Committee at the Montgomery United Methodist Church, and faithfully served 48 years on the Board of Directors of Space City Credit Union.

Space City Charities formed a $10,000 scholarship in Buddy’s name in 2016 to honor and recognize his long-term service to the credit union. 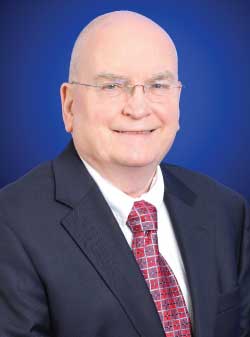 Byron Hodges, passed away on February the 26, 2022 at his home in Clear Lake City, Texas.

Byron was born on July 24th, 1945 to Bryon Earl and Lila Hodges in Ponca City, Oklahoma and was raised in Ponca City until he went to join the Air Force in 1964 to see the world. He spent most of his time with the military in Hawaii and the Philippines after which Byron attended Oklahoma State University in Stillwater where he earned a degree in Computer Science.

Following graduation from OSU, Byron joined Phillips Petroleum and relocated to Houston. Later, in 1981, Byron joined Solvay, a major European chemical company where he spent the remainder of his career in Computer Science and Technology until his retirement.

Clearly, Byron had a passion for helping other people in many ways. For example, he helped elderly friends with their tax preparation, and his church where he served as a Financial Assistant for many decades. Byron also had a passion for Western film, especially Gunsmoke. His collection of information and every episode of the series is a testament to his love for the genre. He contributed information to Bett McArthur for a book that was written about the Gunsmoke series and its actors.

Byron served on the Space City Credit Union Board from April 2008 to April 2021.